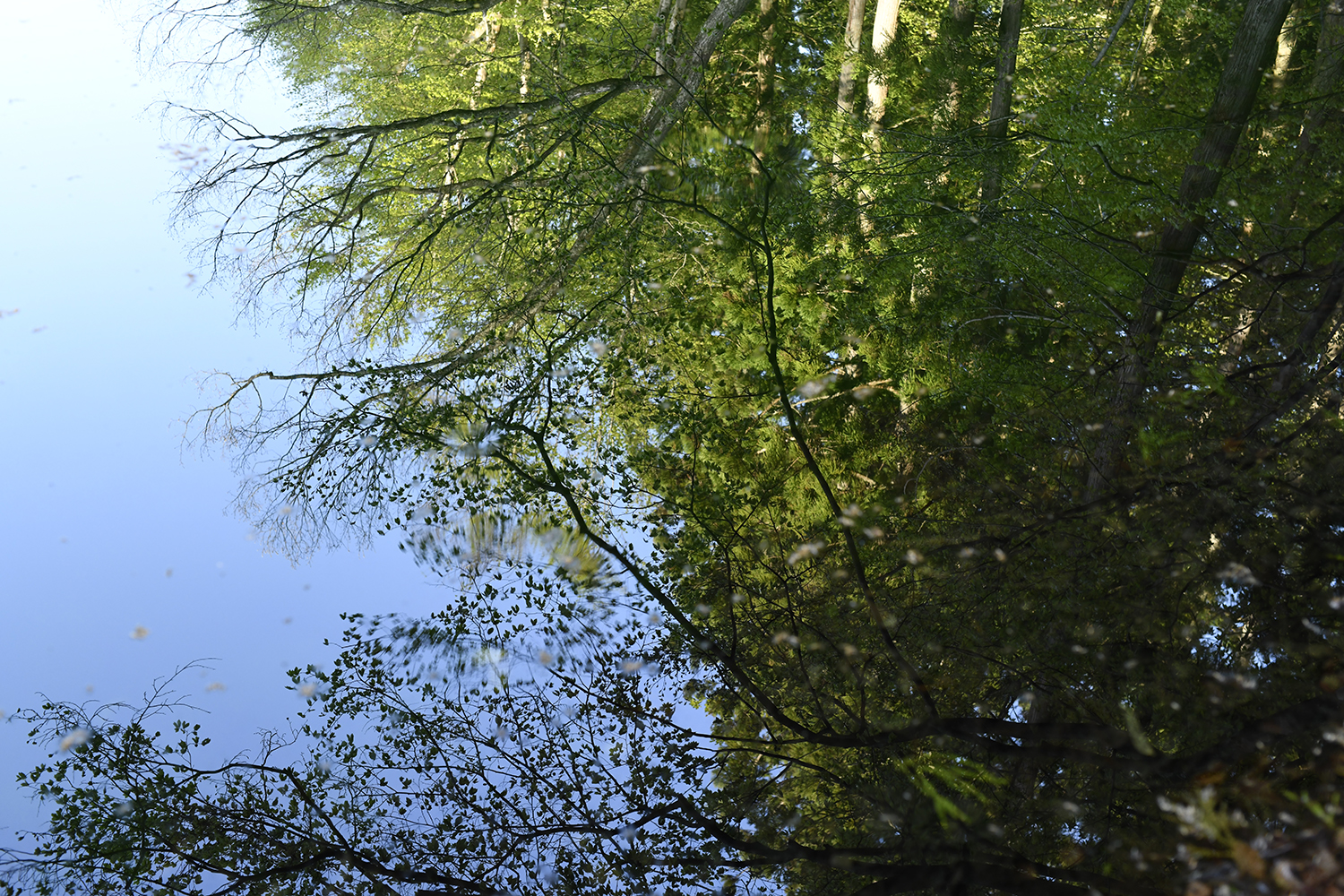 A Look into the Calming and Peaceful Forests of Tsunan

When traveling, it is important to make the distinction between “sights” that you visit to have once-in-a-lifetime experiences, and a place that bears repeated visits. Fans of shrines and temples, for example, may make frequent pilgrimages to sacred spots to receive inner peace. These days, people in Japan also regularly visit certain “forest therapy bases” not for any particular religious reason, but in order to maintain their mental health and well-being.

In fact, shinrin-yoku, also known as “forest bathing,” is a concept that was created here in Japan. It was envisioned as a form of supplementary healthcare primarily to aid busy city workers suffering from severe stress, anxiety, and burnout. It is thought that people needed to spend a certain amount of time not just in the outdoors nearby their homes, but actually in a forest “bathing” in the peace and sounds of nature, and away from the noise of traffic and construction work. Forest therapy bases need to meet stringent requirements, and there are only 62 licensed locations in the entire country. Fortunately, one such place is Taruda Mountain Park, in the verdant forests of Tsunan.

Tsunan’s forest therapy base contains over 13 km of scenic and relaxing walking trails. These are not difficult hikes, rather it is more of a leisurely stroll that can be enjoyed by people of all ages. For example, there is the Jonobi Course, which is a beginner-friendly course covering 2.5 km of leisurely trail that can be completed in approximately an hour. The goal, as such, is not to reach an area in a certain amount of time or to burn off this-or-that many calories. On the contrary, forest therapy is something you really need to take time for, and devote your undivided attention towards. Thankfully, it doesn’t require any specific skills to do.

A quick how-to on forest therapy

Let’s talk about what a general forest therapy session will entail. For one, if it happens to be your first forest therapy session, and if you are not familiar with Tsunan in general, it is definitely to your benefit to be accompanied by a licensed forest therapy guide, of which there are about 10 such experts in Tsunan. Guides are especially useful because, out of necessity, forest therapy sites tend to be in out-of-the-way locations that can be hard to find. Their familiarity with the area also allows them to monitor your health and safety, and also importantly, to make sure that you get the most out of your forest-bathing experience.

The importance of our five senses

An essential element to how forest therapy works is that it forces you to make use of all of your senses. All too often, people rely nearly exclusively on their eyesight throughout their day, for example in order to look at their computer during work hours, TV or video games in their spare time, and then their phone in the time before bed. This serves to deaden our other senses, as well as making our eyes work overtime, which causes undue stress.

During forest therapy, on the other hand, you will make full use of all of your senses. Naturally, you will want to look around at the beautiful nature around you: the trails at Taruda go through dense beech forests containing all manner of flora and fauna, as well as beautiful clear rivers and streams. There are also great views of Tsunan’s mountains and canyons.

To really take in the experience, there generally isn’t much talking or conversation. Rather than receiving a guided tour, complete with the history of Tsunan’s woods, you are encouraged to experience it yourself: concentrate on the grass and leaves crinkling beneath your feet, the sounds of birds, and the rustling of the wind. Feel the touch of the leaves and take time to find your favorite rock or flower; go ahead and hug a tree, and enjoy the pleasant smells of mugwort and lindera leaves.
Your forest therapy guide will invite you to use ALL of your senses, and that includes taste. Some of the plants you will find on your travels can be boiled into a pleasant tea, and other vegetation is edible right off the vine. However, as certain varieties of plants can be poisonous, this is all the more reason to bring a guide along. For those looking for a proper meal, you can, upon request, be provided with a healthy “detox bento” lunch.

Tsunan’s special trees deserve special mention because of their importance to the people here throughout history. This began thousands of years ago dating back to the Jomon era, considered the first society in Japan. The Jomon were hunter-gatherers that depended on these forests for everything, including food and shelter. Later, permanent societies were developed here, and Tsunan’s trees were used for firewood.
The forests that you will see during your forest bathing are typically beech forests. Beech, or buna in Japanese, is a hardwood tree known for its surprising elasticity. As these trees age and mature, they are covered by heavy snow each winter, which causes them to bend before straightening out again. As a symbol of Tsunan, the beech tree typically buds early, and is a good indication of the coming of springtime, although they only flower every 5-7 years. The heavy rainfall in Tsunan means that the trees grow large leaves, and almost completely block out most sunlight in the forest, which keeps it relatively cool even in summer. It is possible to find trees deep in Tsunan’s beech forests that are between 200-300 years old.

Historically, beech trees also had a special use here in winter: their wood was used to make kosuki, a special square shovel that was especially useful for clearing snow. Unlike a regular shovel, a flat kosuki could clear snow from old-style roofs without damaging them. Having so many beech trees also means a large supply of beech nuts. They used to be given as snacks to children, however they are not generally eaten much anymore, nor are kosuki commonly used these days.
In modern times, beech trees have been given new importance. As technology around drying and shaping hard woods like beech has advanced, they have also been used to make furniture. However, in Tsunan, much of the woods are protected, for things such as forest therapy. Elsewhere in Japan, many hardwood forests have been replaced with cedar, or sugi, so Tsunan’s beech are a valuable commodity and an important reminder of past cultures and lifestyles in the area.

The healing power of Tsunan’s forests

t is thought that the forests and trees in Tsunan do possess a certain calming power. Being among these trees and beautiful nature has been given new importance in the modern era. Our everyday lives get faster and faster, but for our well-being, it is necessary to slow down once in a while. For that, forest therapy is the best medicine. For more information about forest therapy, please contact us. 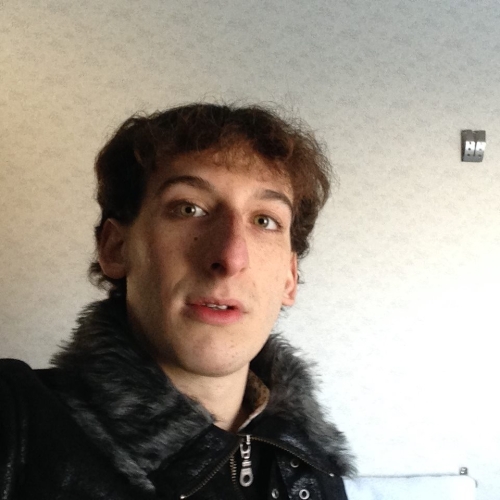 Matt Klampert was born in the United States, and moved to Japan in 2013. He worked as an English teacher in both Miyagi and Tokyo before becoming an editor at an educational publishing company. In 2021 he moved to Niigata prefecture, and now works as a writer and editor at a digital marketing company, as well as the Japan Regional Revitalization Committee (日本地域おこし協力隊). His work mostly concerns introducing less traveled areas of rural Japan to an English-speaking audience.

At the Forest Therapy Base “Taruda no Mori” there is a scenic, peaceful wal…

The Water of Ryugakubo──The Wonder of Nature and the Deity